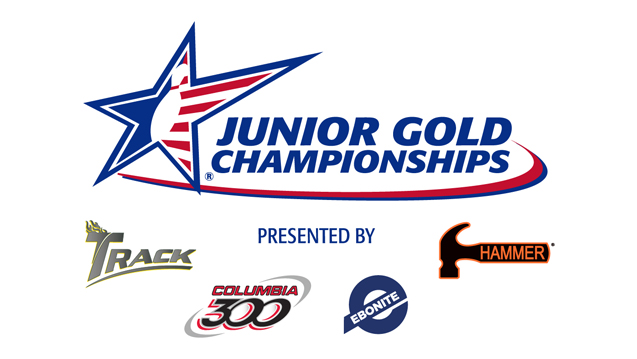 Boys and girls champions were decided in the 15-and-under, the 17-and-under and the 20-and-under divisions. All finals were taped for broadcast on CBS Sports Network.

The 2019 Junior Gold Championships had a record field of more than 4,000 participants competing for national titles and spots on Junior Team USA.

In the U20 boys division, No. 3 seed Alec Keplinger of Coldwater, Michigan, overcame a big deficit in his opening match against Tom Hankey Jr. of Great Barrington, Massachusetts. Hankey Jr. struck on his first five shots to open a 42-pin lead, but two late open frames allowed Keplinger to come back for a 234-209 victory.

In the title match, Daniel Chin of Daly City, California, missed a single-pin spare in the fourth frame while Keplinger got just enough of the single pins he left in the fourth and fifth frames to take a 27-pin lead. Keplinger then had three consecutive strikes, starting in the eighth frame, on his way to a 215-182 victory and the title.

Taylor Davis of Burton, Michigan, struck on four of her first six shots in the opening match in the U20 girls stepladder for a 200-169 victory over Cameron Strombeck of Durham, North Carolina.

Top seed Patricia Rosales of Orlando, Florida, had just two strikes heading into the final frame of the title match against Davis, but kept a clean scoresheet. After Davis struck out in the final frame, Rosales struck on her first two shots for a 198-188 victory.

In the opening match of the U17 girls finals, Amanda Naujokas of Lake Ronkonkoma, New York, the 2015 U12 girls champion, held the lead against Caroline Thesier of Mooresville, North Carolina, despite leaving an unusual 7-8-10 split in the fourth. While Naujokas would post four consecutive strikes starting in the sixth frame, Thesier would go one better in a 219-197 victory.

Thesier would continue to strike in the title match against Morgan Gitlitz of Freehold, New Jersey. Starting in the fifth frame, Thesier struck seven consecutive times  and had nine strikes overall to claim the title with a 265-225 victory.

In the boys division, Sidney Schroschk of Berlin, Germany, made his presence known for a second consecutive year. In the opening match against Nathan Smith of Noblesville, Indiana, Schroschk rolled to a 259-210 victory to advance against 2015 U12 runner-up Cameron Hurwitz of Rochester, New York.

Hurwitz held the lead in a tight match, and when Schroschk left the 6-8-10 in the eight frame and could not convert, Hurwitz took advantage and the title with a 227-211 victory.

The U17 divisions, which debuted this year, had the largest divisions of the tournament with 868 boys and 446 girls.

Defending U15 girls champion Annalise O’Bryant of Ball Ground, Georgia, had to work her way back though the elimination bracket to make the TV show, and faced the person who sent her to the lower bracket, Victoria Varano of Stony Point, New York, in the opening match.

OBryant stepped up in the final frame to deliver the two strikes she had to have to advance, reaching the final with a 208-200 victory.

The title match against Isabel Tetmeyer of Ankeny, Iowa, was not any easier, but O’Bryant posted four consecutive strikes starting in the seventh frame on her way to a 199-185 victory and her second consecutive title.

First time Junior Gold participant Ashton Yamasaki of Portland, Oregon, was in the pocket all night but left three consecutive corner pins while his opponent, Brandon Caruso of Channahon, Illinois, overcame an early open frame with a string of four strikes to take a 217-199 victory.

Thunderbowl Lanes was one of eight centers that hosted qualifying and match-play rounds leading up to the stepladder finals. The other centers were AMF Rose Bowl Lanes in Roseville, Astro Lanes in Madison Heights, Bowl One Lanes in Troy, Century Bowl in Waterford Township, Skore Lanes in Taylor, Sterling Lanes in Sterling Heights, and Super Bowl Lanes in Canton.

Match play was a double-elimination bracket with all matches two games with total pins determining the winner.

BowlTV.com had live coverage from select centers throughout the week’s competition.

Four selections also were made for the U17 and U15 Developmental teams.

Visit BOWL.com/JuniorGold for more information on the Junior Gold Championships and qualifying for Junior Team USA.