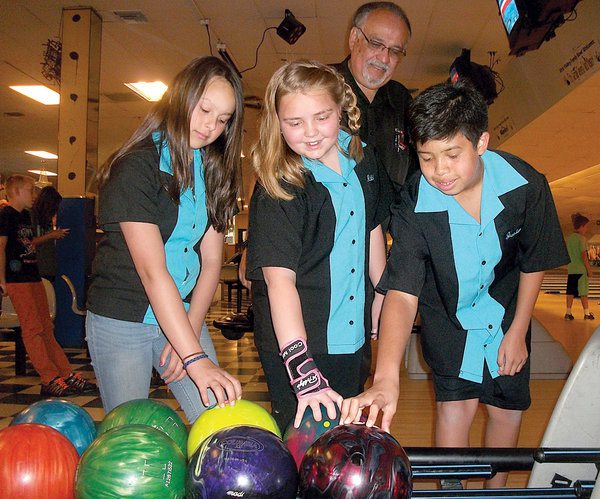 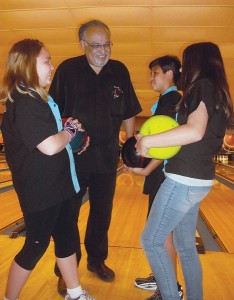 Jaeden, who has an average game of 173, is eager to show his skills in the 15-and-under division.

“This is one of my biggest moments in my life,” he said. “I plan to be a professional bowler someday. It takes a long time to become good, not overnight — lots of practice.”

Each participant at the state finals will bowl six games, changing pairs after each game, as they compete for a chance to move up to the national tournament. Divisions are based on age — 12 and under, U15 and U20. The total pins starch will determine the winners in each division and scholarship placement. According to information sent to qualifying bowlers, the program awarded more than $55,000 in scholarships last year.

Baggie, who is competing in the U20 division and has an average game of 210, has been a bowler “for 11 years nonstop.”

“Having the privilege to move up to the Pepsi state championships is a true honor,” the 19-year-old said. “This is the first time I’ve made it this far for this specific tournament.”

Tracy’s four state qualifiers compete throughout the area as part of the West Valley Bowl League, coached by Bill Moreno, the ju

nior director at West Valley Family Bowl Center. The 12 members of the team regularly bowl 15 games a week and at least one tournament a month.

“This is very exciting for us,” Moreno said. “Some people don’t think of bowling as a sport. We want to make more people aware of the opportunities here. The big difference from the bowling tournaments and other sports is that we give the kids scholarships.”

Emily, who has an average game of 157 and bowls in the 12U division, said competing at the state level will be a first for her.

“I’m excited but not nervous,” she said. “I’ve been bowling for four years — the last two have been competitive.”

First-place winners in each age division at the state finals will advance to the 2014 North Pointe Junior Gold Championships in Buffalo, N.Y., from July 12 to 18 to compete for a spot on the USBC Junior Team USA 2015.

“I think this is pretty awesome,” said Abbigail, who carries an average of 140 and is competing in the 12U division. “I really want to go on to New York. If I make it, I’ll be really excited.”