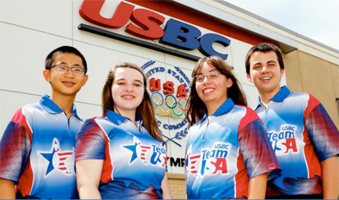 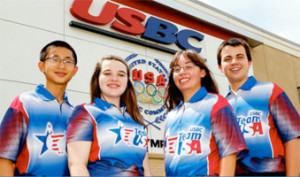 Arlington, Texas in January of 2010 The International Bowling Campus opened its doors. As a joint venture between the USBC and BPAA it is the educational, governing and scientific center for the Sport of Bowling. It’s where bowling’s brightest minds gather to pass knowledge to the next generation of enthusiasts, and help the elders reminisce.

The 100,000-square-foot campus features the sport’s kid-friendly Hall of Fame and Museum, a state-of-the art training and research facility known as the ITRC or International Research and Training Center, and Headquarters to both bowling’s governing body the USBC and the BPAA.

The International Training and Research Center is recognized by the US Olympic Committee as  an official Olympic Training Facility for the Sport of Bowling. It is home to Bowling’s Team USA and is the only organization authorized to send athletes to represent the United States in International competition. As of this year Team USA Bowling officially consists of three divisions, Adult Team USA – this is typically where you see the athletes considered professionals competing such as Chris Barnes, Shannon O’Keefe, etc., Junior Team USA – which consists of athletes whose age falls within U20 and below, Development Team USA – which was officially announced last year during the North Pointe Junior Gold National Championships. The new Development Team USA consists of athletes in the U15 age group with two male and two female members. Recently the 2013 Development Team USA was featured on the Home Page of USBC’s Bowl.com.

Of interest to readers are two familiar names from the ranks of California’s Competitive Youth Bowlers, Wesley Low, Jr. and Ashley Dunn. Not only are Wesley and Ashley both from California, but they are both from Palmdale, California. In fact they have spent the past 5 years calling the same bowling center their home, Brunswick Vista Lanes. Wesley and Ashley earned their positions on the team by being the top qualifiers in the U15 Division of the 2012 Junior Gold National Tournament. Bradley Crouse from Nazareth, PA and Breanna Clemmer from Clover, SC were selected to the team as Champions of the U15 Division of Junior Gold.

The Development Team USA will compete this August in the 2013 Lee Evans Tournament of the Americas, an annual WTBA and PABCON sanctioned tournament held in Ft. Lauderdale, Florida for International competition between the 27 member Federations known as the Americas Zone (PABCON). This year is the first year that the U15 Team is known as the Development Team USA where members earned their positions through qualifying competition, but it’s not the first year that the US has put a team on the lanes in the U15 Division. In fact both Wesley Low, Jr. and Ashley Dunn had been selected by the Coaches of Team USA to participate in the 50th Anniversary of the Lee Evans Tournament of the Americas last year. The U15 Team earned a Gold Medal in team competition with Wesley Low, Jr., Ashley Dunn, Kamron Doyle, and Kaitlyn Eder as members of the 2012 team.

During the 2012 tournament both Wesley and Ashley earned their share of individual medals as well, with Ashley earning 7 (5 Gold & 2 Silver), while Wesley earned 6 (4 Gold, 1 Silver, and 1 Bronze).  Ashley not only earned her share of medals, but set two tournament records. The first came in Singles with total pin fall of 2,322 for the 12 game competition breaking the previous record of 2,285 set in 2009 by Tatiana Munoz from Colombia. The second record was in High 3 Game Series with total pin fall of 664 breaking the previous record of 659 also set in 2009 by Ana Koff from the USA. Wesley and Ashley are extremely proud to have the honor of representing our Nation as competitors in the Sport they love, and no doubt are hoping to lead the team to Gold again in 2013.

It is worth noting that Wesley Low, Jr. earned a position on the U20 Junior Team USA in January of this year by being the high male youth qualifier at the annual Team USA Trials, and will also represent the USA as a member of that team during the PABCON Youth Championships in Puerto Rico July 6th – 13th.