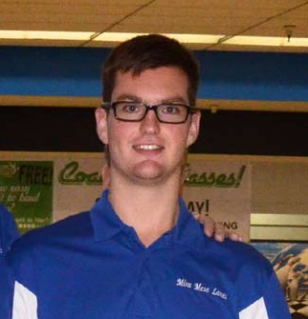 MIRA MESA — During his final weeks bowling in our youth program, Harley Sweigart bowled his highest series shooting 300, 280 & 268 for an 848. Harley began bowling at 4 years old in New Jersey. When he moved he started bowling at Mira Mesa Lanes in 2008. He bowled his first 300 at the age of 13. Since then, he’s bowled eight 300’s and has had three 800 + series. He won his first JBT the first time he entered and now has 6 JBT titles with many top 5 finishes. He came in 150th out of 1095 at last year at Jr. Gold and competed this year as well. Over the last two years Harley has cashed at the Pepsi State finals and finished 2nd this year. He has also been one of, if not the top youth bowler in San Diego County earning his place on the All-Star team for last four years. Harley will be attending Arizona State University (ASU) in the fall and will be bringing his big game to their bowling team…GO SUN DEVILS!