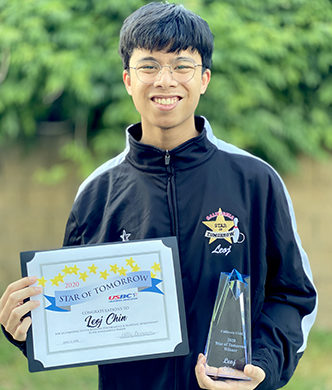 LEOJ CHIN was a 4.0 GPA student from International Polytechnic High School in Pomona and will be attending Savannah College of Art and Design this fall studying film and television.

He’s hoping to be a part of some major production studios like National Geographic or Disney after he earns his Bachelor’s degree. After graduating with a film degree, he plans on coming back to California to pursue a degree in business.

His hobbies include photography and traveling. Leoj has a high game of 300 and a high series of 731. Leoj will be acknowledged at the CUSBC Awards Banquet in 2021 Fresno due to the cancellation of this year’s banquet.