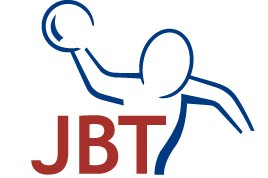 NORWALK/SATURDAY – Ryan Lee and Dillon O’Neil outscored a packed field to capture JBT titles in the season-opener of the 2017-18 JBT Southern California Conference, held at Keystone Lanes in Norwalk.

Anthony Schanen began the scratch division stepladder finals with a 209-158 win over Las Vegas Open champ Garrett Lee. Kennison Andrews then defeated Schanen 248-146, and followed with a 191-170 win over Ryan Howieson to move on to the title match.

Top seed Ryan Lee squeezed in as the last bowler in the first cut, then put together a big second round to grab the lead. Andrews meanwhile had began the day on fire with 545 for two, then had to regroup to get to the final game. A second half string from Lee put the previously close title game away, and the 229-191 final score was good for the first singles and second overall title of Lee’s JBT career.

Caleb Rothstein began the handicap division stepladder with a 227-184 win over Patrick Sablan. O’Neil ten took over, beating Rothstein 233-197 and following with a 228-215 win over Tanner Ferguson to reach the title match.

Top seed Andrew Chan led a very high scoring field in handicap, highlighted by a front-nine performance in game eight. However, he couldn’t get the same momentum going in the finale, and O’Neil just kept pouring it on. The 249-216 final score was good for the second title of Dillon’s JBT career.

Kaylee Am-Khong suffered a slew of heartbreaking losses in the Priority Girls Scratch subdivision last season, but perhaps a new year means new luck for her, as she squeezed by newcomer Pamela Faller 203-201 for the day’s title and $50 bonus prize, while Faller earned $25, courtesy of Priority Girl Magazine. Howieson rebounded to win the U17 subdivision with a 203-181 victory over Garrett Lee.

Thanks to additional great contributions from MSC Inc, and the bonus funds created from our Ebonite ball raffle, $2,283 in scholarships were awarded on the day, with the top 5 finishers headed to the 2018 So Cal Invitational to play for over $5,000 more- maybe one of them will advance to our grand finale, the TPC next July, with over $20,000 on the line! Thanks to Herbert, Dave, and the great team at Keystone for another excellent job hosting us. Want in on all the fun? Just check out our calendar and come on down!

Bowlers competed in best 2-of-3 matchplay after a 5-game qualifying round. Ryan Howieson earned the top seed in scratch, but fell to newcomer Kyler Orosco in the first round. #2 Kyle Reed also fell, to #15 Matt Chesnut, opening up the bracket greatly. #8 Josh Mabry tool full advantage, blasting his first JBT 300 game en route to a win over Orosco, but then fell to #5 Marquan Rivers in a thrilling 244-241 semifinal match. In the other semi, Chesnut continued to roll, blasting previous day’s champ Ryan Lee 242-163 in teh other semi to set up a title match between two non-winners.

Rivers has been paying his dues on Tour, and it all came together for him here. In a very well bowled match by both players, “Q” came up with the 244-229 win, earning the first title of his JBT career.

Manuel Gonzalez was wonderful in qualifying to gain the top seed, and continued the torrid place through matchplay, beating Caleb Rothstein, Shane Howard, and then Connor Steelmon-Hill in the semifinal, to reach the title match. On the other side of the bracket, Jaclyn Azvedo earned the #2 seed, beat Cameron Criss in round one, but fell to the seemingly unstoppable 8 year-old freight train that is Gage Baker in the semifinals to set up the title match.

Both bowlers put on great performances in the final, but this time it was Gonzalez doing what few others have done lately, beating Gage 223-211 for the first title of his JBT career.

Renee Gentry earned a $50 scholarship as the Priority Girls scratch champ with a win over impressive newcomer Pamela Faller. Gael Egana earned the U17 subdivision crown with a win over Howieson in that title match.

Thanks to Priority Girl, MSC (who also awarded a $200 progressive bonus to Mabry for the perfecto), and Ebonite, over $2,200 was awarded on the day, and over $4,500 on the weekend, to bowlers of all ages and averages- wow! Want in on the fun? Just check out our schedule and come on down!