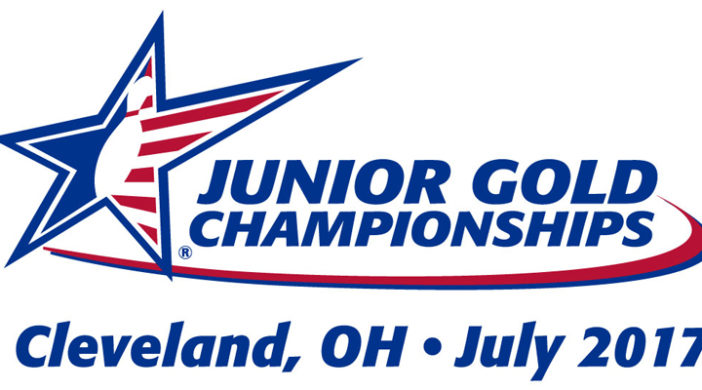 CLEVELAND – Perseverance is an important skill to possess at the Junior Gold Championships presented by the Brands of Ebonite International, and Jaelle Hamman of Jarrell, Texas, provided a lesson during Tuesday’s second round of qualifying.

It was a nice turnaround for Hamman, who opened competition Monday at Game of Wickliffe with a four-game total of 694.

“It felt good to hit the pocket today compared to yesterday,” said Hamman, who bowls league at Mel’s Lone Star Lanes in Georgetown, Texas. “It was kind of here and there yesterday, but today felt good.”

Aside from bowling at Mel’s Lone Star Lanes, she also volunteers at the Learn About Bowling (LAB) Coaching Center and Pro Shop inside of the bowling center. Hamman has learned much about bowling as a sport and business, including information which helped her today.

“It’s pretty fun working there because my coach (John Hood) is there and some of my friends go there, too,” Hamman said. “I’ve learned how to do retail, how to take care of bowling balls to make them better and more about what the customer wants. I’ve learned how to make better ball choices and what surfaces to use.”

Hamman is competing alongside family this week as her sister, Kira, is bowling in the U20 division. Kira, who bowled Monday at Yorktown Lanes, helped her little sister prepare for her squad Tuesday by discussing center characteristics to get her comfortable in the environment.

In the future, they’d like to represent the United States in international competition as part of the Team USA program.

“That’s one of our goals,” Hamman said. “We also joke around that if she goes pro and I go pro, we can sponsor each other and own our own business.”

Defending champions: Three of the six champions from the 2016 event in Indianapolis are looking to defend their titles this week in Cleveland.

Moving on up: Both U12 champions from 2016, Edgar Burgos of Dorado, Puerto Rico, and Hannah Diem of Seminole, Florida, have moved up to the U15 division.

By the numbers: The 2017 Junior Gold Championships once again raised the bar in participation as a total of 3,551 youth bowlers have made their way to the greater Cleveland area to compete.

USA Bowling: Qualifying for the USA Bowling National Championships will get underway Wednesday at 5 p.m. Eastern at Yorktown Lanes. Each division (U12 and U15) will bowl 15 games of Baker qualifying to determine seeding for the double-elimination bracket.

All teams will transition to Freeway Lanes of Parma on Thursday for match play. All qualifying and match play rounds will be streamed live on BowlTV.

High game: David Northouse of Bryon Center, Michigan, rolled a 298 game during his second round of qualifying Tuesday at Roseland Lanes. His effort currently stands as the highest game of the event.